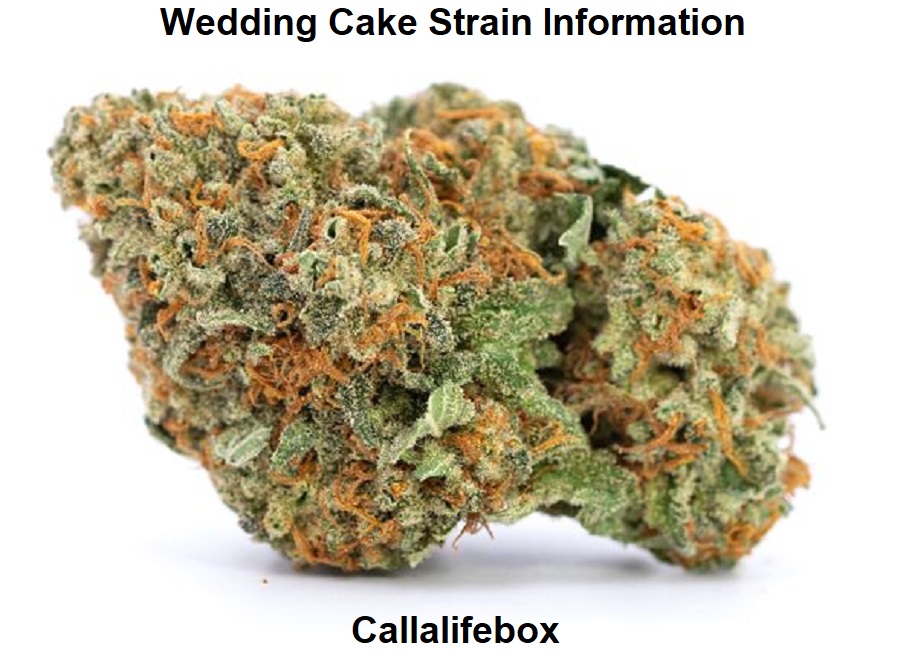 The taste is a perfect combination of sweetness of cookies and fruitiness of a cherry pie. It works as a calming agent and appetite stimulator, and is quite helpful for patients who experience regular depression-associated syndromes, fibromyalgia, MS and other such related symptoms. It may act as a sedative for patients, but does help in calming down nerves or controlling anxiety stimulating symptoms. Although it might not completely hamper your focus and energy levels, it will cause the usual drying out of eyes and mouth. This particular medical marijuana is grown indoors. It is observed to contain a THC level of 25%. In terms of physical features, it is shaped like pine trees and looks dense in its structural form. It is quite frosty looking and has dark green leaves. This particular medical marijuana is also thickly dressed up with orange hair all over it. It is most generally known for its sugary taste, as well as high potency value.

You can find out about White Russian Strain Information here!

Wedding Cake, also known as Pink Cookies, is a rare phenotype created by Seed Junky Genetics when the breeder crossed a mother Triangle Kush with Animal Mints pollen. The L.A. based Jungle Boys named Wedding Cake because of its sparkling resin and vanilla cake frosting aroma.

Wedding Cake is distinguished by its very large and colorful flowers. The chunky, globular nuggets adhere in a dense, indica-typical bud structure, with tightly curling leaves. The leaves themselves are an earthy green to brown. They are threaded through with orange hairs, which are actually pistils, meant to catch pollen from fertilizing male plants. A high concentration of trichomes gives this strain its high THC levels as well as an incredibly sticky texture. Wedding Cake’s buds are as aromatically striking as they are visually impressive. When properly cured, they smell vegetal: damp and mossy with just a hint of citrus. Hanging out underneath is a skunky funk that betrays the influence of grandparent strain OG Kush, while breaking up or grinding the buds gives off notes of spicy sandalwood. When combusted, Wedding Cake may be harsh, stinging smokers’ sinuses or throats with its acrid smoke. It tastes sweet and rich on the exhale, with a super subtle creamy mouthfeel that some might compare to the taste of cake.me might compare to cake.

This strain’s high starts relatively quickly, taking hold primarily in the head. Users may find their thoughts to be more fast-paced or intense, and may perceive their surroundings more acutely. In the right set and setting, this change in thinking is accompanied by feelings of giddiness or euphoria. Less than an hour into the high, Wedding Cake’s indica side kicks in. Smokers might feel increased warmth and a pleasant heaviness that spreads through the spine and limbs. Even in the midst of this sedation, though, cerebral stimulation continues, allowing users to feel uniquely “tuned in” to their surroundings. This holistic combination of mental and physical effects lends itself to complex activities like creating art, exercising, and even sex. As the high progresses, so does this strain’s body high — after a few bowls, smokers may find themselves couchlocked.

Wedding Cake may also be of use to medical cannabis patients. Its tendency to bring about feelings of perceptiveness can aid those with mild to moderate stress, anxiety, and depression, helping them feel more “in the moment.” Because this strain leaves users lucid and levelheaded, it can also help those with attention deficit disorders to focus on specific tasks. Wedding Cake’s gradual waves of physical relaxation can soothe both temporary and chronic aches and pains and, in high enough doses, can bring about relief for insomnia. Finally, it can be a potent appetite stimulant for those who have lost their hunger to disease, medication, or chemotherapy.

Whether it’s billed as Wedding Cake or Pink Cookies, seeds of this strain do not seem to be available for commercial sale. Prospective growers will need to obtain cuttings from mature plants in order to grow genetically identical “clones.” It is said to be a temperamental plant, and not the best choice for novice growers. Detailed information on Wedding Cake’s cultivation is not readily available, but, like many hybrids, it can be grown in controlled indoor conditions or outdoors in warm, humid climates with average temperatures in the 70-degree Fahrenheit range. We also know that parent strain Cherry Pie is particularly mold resistant, a characteristic that may carry over to some phenotypes of this strain. Wedding Cake offers growers a moderate yield for their efforts.

While some married couples indulge in a piece of their frozen wedding cake on a first anniversary, a few tokes of Wedding Cake would be just as satisfying. Rich and relaxing, it can stoke emotion and passion and fortunately, it’s not such a knockout that it’ll prevent you from enjoying a little bit of intimacy.

Wedding Cake typically flowers around the 9-week mark. The plant produces a consistently high amount of resin and features pink and purple coloring in its fluffy buds.

The wedding cake strain, also known as pink cookies is an Indica inclined hybrid strain created by Seed Junky Genetics. While some believe that it’s a cross between the Cherry Pie and Girl Scout Cookies, some influential cannaseurs claim it to be a rare phenotype of the Triangle Mints Strain, a cross between Triangle Kush and Animal Mints.

The nickname Wedding Cake was originally given to the hybrid by legendary LA cultivators the Jungle Boys, because of its unmistakable vanilla cake frosting aroma. Unfortunately for most consumers, when we sniff jars of Wedding Cake flower, it isn’t vanilla cake that we detect. Instead, many consumers report a flat and unstimulating mix of floral and earthy notes that are backed by a somewhat sweet aroma that you can trick yourself into accepting as vanilla.

With a name like Wedding Cake, you would expect this strain to taste like a sweet dessert fit for celebratory gatherings, but it absolutely does not. Instead, much like its aroma, the Wedding Cake falls far from the expected. Typically, consumers who smoke Wedding Cake flower will taste earthy flavors from a thick doughy-like smoke that makes your mouth taste like a whole loaf of sourdough is present. Many people describe the taste as simply earthy and sour. 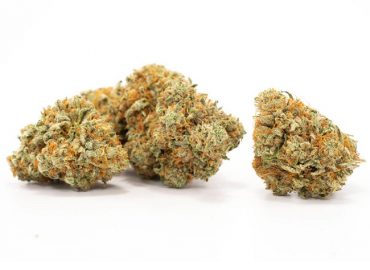 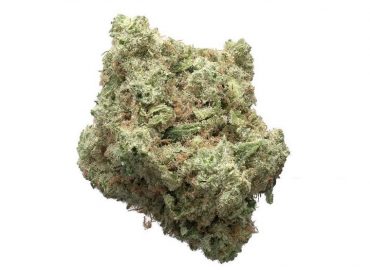 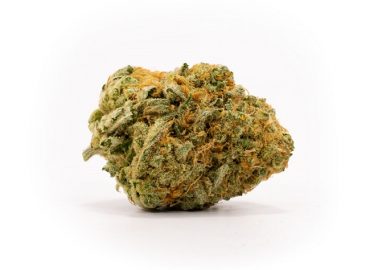