Finding the ideal treatment for obsessive-compulsive disorder (OCD) might be difficult. When people self-medicate, their symptoms are more likely to get worse. Regardless of how safe you make a psychedelic drug experience appear, illicit street drugs never help with OCD’s undesirable side effects.

Because cannabis, for example, isn’t known for having a high risk of overdose or severe side effects, it’s unusual to see someone die as a result of using marijuana. When the drug is acquired in a non-prescription way from a street vendor rather than through a doctor, there’s no way to know what you’re getting or what else has been added.

Article at a Glance:

The severity of OCD varies from person to person. Many individuals wonder if marijuana might help with their condition, given that it can help with so many other things. Depending on the individual’s specific symptoms of OCD, they may find cannabis beneficial in lowering them.

Frequently, OCD runs in tandem with anxiety and the desire to control aspects of one’s life. Some people who live with OCD battle with marijuana use since it gives them a sense of restricted control. Other individuals, however, have discovered that smoking marijuana provides them with much-needed moments of peace and a brief soothing from their worries. To demonstrate marijuana’s safety and effectiveness as a treatment for anxiety disorders (and OCD), further study on the drug is needed.

Using marijuana, even medical marijuana, might lead to severe problems such as addiction and the use of additional illicit drugs for self-medication, among other things.

Obsessive or compulsive behaviors are common among everyone. For example, worrying about whether they left the gas on while on vacation, or double-checking that the door is locked when they know it is secure.

However, these difficulties can become a whole new level for individuals with OCD. Compulsive actions and thoughts become uncontrollable. They may begin to dominate the individual’s life even though they provide no amusement or gratification. Obsessive ideas and compulsive behaviors might take over a person’s life, despite the fact that they bring no pleasure.

Some people have severe OCD, which causes their symptoms to interfere with normal activities. Working or studying becomes more difficult; interpersonal interactions may be damaged.

Obsessive-compulsive disorder and obsessive-compulsive personality disorder (OCPD) are two distinct mental illnesses. The term “OCD” is frequently used by people who are actually describing OCPD. People with OCPD have an excessive desire to be a perfectionist and keep their living areas neat and organized. This essay is dedicated to OCD, not OCPD.

Medical marijuana can help some people with obsessive-compulsive disorder in the same way that it has helped others with anxiety. Instead of THC, medical marijuana comprises a chemical called cannabidiol (CBD). It doesn’t have the same impact as non-medical marijuana. Instead, it reduces paranoia and tension.

Medical cannabis for OCD, on the other hand, does not work for everyone. Anxiety is usually described as a feeling of dread or worry that you might suffer from an unpleasant experience or fate; this anxiety can be severe and persistent enough to disrupt your life significantly. However, medical marijuana for OCD may not provide the desired effect for each patient. The severity of anxiety varies dramatically among individuals. One person’s anxiety and OCD are different from another person with OCDs.’ ‘As a result,’ continues Dr Asendorpf, ‘each individual has their own set of symptoms which react differently to medical marijuana.’

OCD is a mental health disorder characterized by intrusive, potentially blasphemous thoughts that trigger anxiety or distress. Patients may experience a number of symptoms as a result of this illness. Fortunately, medical marijuana can help with the majority of these problems, including:

Medical marijuana may also help limit the unwanted side effects of certain OCD medications, such as:

Named for the iconic candy, this bud packs a taste that is said to be just like the yellow flavor with relaxing effects to boot. That being said, Starburst Sativa does taste like a sweet yet sour lemon candy. The aroma takes a heavier turn, with hints of savory diesel and rich pine to it, too. The Starburst Sativa high is surprisingly vibrant at the start, too, with eye-opening and euphoric effects that come on fast and hard. You’ll feel a sense of clarity wash over your mind, enhancing your senses and leaving you feeling almost buzzy with happiness. A deep sense of physical relaxation accompanies this heady tingle, lowering you into the couch and leaving you there until you finally fall asleep. With these effects and its insanely high 26-33% THC level, Starburst OG is best for the experienced patient suffering from conditions such as chronic stress or anxiety, depression, chronic pain and insomnia. Starburst OG buds have large flat neon green nugs with lots of thick orange hairs and tiny golden amber trichomes.

Although it is difficult to obtain the genuine Cherry Pie strain, its advantages in reducing anxiety are still among the best. It has a sweet and sour flavor that resembles cherry pie, as well as an aroma that smells heavenly. Most people report feeling calm, happy, and slightly energetic after consuming. These impacts can already be detected in minutes and can last up to two hours.

Cherry Pie can assist relieve anxiety and worry for OCD individuals who experience the majority of their day hampered by stress or worry. A dry mouth and eyes are typical side effects, so make sure you have plenty of drinks on hand. Its major terpenes have anti-anxiety, pain-relieving, and sedative properties.

This strain, which comes with a doctor’s prescription, is notorious for assisting a large number of epileptic and anxious individuals. Because to its low THC levels, it won’t make you high, yet it is one of the most effective medical marijuana strains.

It has a light earthy flavor with a strong pine scent. You’ll feel calm, uplifted, and more focused after ingesting Charlotte’s Web. It may help relieve pain and tension, but it can also make you dizzy. This strain is beneficial for OCD patients because it minimizes mental stress caused by anxiety, alleviates physical symptoms, and allows you to stay focused. Its most important terpenes aid in the reduction of suffering, worry, and sadness.

The Cannatonic strain is quite popular in California and has an equal balance of sativa and indica effects. It has an earthy odor with a citrus flavor. Cannatonic is known to be both mentally and physically relaxing and elevating.

It’s great for those who are suffering from pain and anxiety since it has a tranquilizing and soothing influence that relieves your mind. This strain is also unlikely to cause anxiety or paranoia in most people. The effects only last for a short time, but they’re perfect for OCD individuals who may be dealing with intense stress, intrusive thoughts, and discomfort. Its characteristic terpenes can have a strong sedative impact in high doses and leave you in a calm state.

Harlequin is typically cultivated indoors, and its high CBDA levels are useful in reducing pain and anxiety. It has an earthy, mango flavor to it. Harlequin is wonderful for getting your head clear, making you more awake and energetic.

Patients suffering from obsessive-compulsive disorder (OCD) can relax without being sedated when using this strain. While you will feel calm and happy after using this product, you will not get high. Its major terpenes, which provide mental clarity and counteract the typically sedating effects of THC, are present in significant amounts.

It will provide a sedating body high, making it a good choice for individuals suffering from anxiety or insomnia. This can be an excellent technique to help you relax and fall asleep for OCD patients who are having trouble sleeping.

This strain has become so well-known that it may be found in nearly any location. It has a wonderful sweet flavor that reminds you of freshly baked cookies. Girl Scout Cookies will make you feel euphoric, joyful, and giggly, as well as inspire tremendous hunger. Because it is quite powerful, a little quantity goes a long way.

It can help with chronic anxiety, pain, and weight loss. It relaxes both your body and mind in treating OCD, allowing you to fall asleep as well as participate in social situations. Its key terpenes can help with sadness and stress while also having a variety of health advantages, such as anti-inflammatory properties.

This strain is useful for medical purposes and is frequently given to those who suffer from anxiety, sleeplessness, or stress. It provides a very powerful high for a little amount of THC. Blackberry Kush has the flavor and effects of blackberries, making you feel calm, relaxed, and sleepy.

It’s fantastic for treating obsessive compulsive disorder since a little amount will relax you and alleviate tension and agony, while larger dosages will put you to sleep. It is wonderful for the night, however it might leave you with a cotton mouth and dry eyes if you awake from this, so keep refreshments on hand in case you wake up. 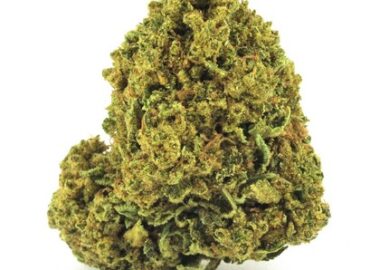 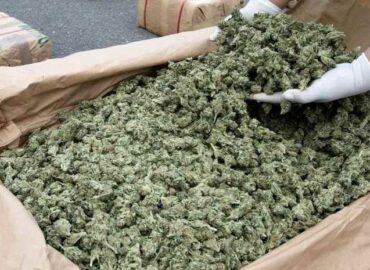