Cannabigerol (CBN) is a cannabinoid that has only recently entered the cannabis market, and CBG Flower strains are becoming increasingly fashionable.

The cannabinoid was recognized in the 1960s, but CBG stable genetics have not previously been produced. However, because of the 2018 Farm Bill, which made cannabis with less than 0.3 percent THC legal to cultivate, breeders have had the ability to establish breeding programs that concentrate on a variety of cannabinoids.

While CBD has dominated the headlines, there are indications that it will be soon challenged by CBG, known as the “mother” of cannabinoids – It’s called this because it’s the cannabinoid from which all other cannabinoids are created.

A lot of hemp flower vendors are beginning to offer CBG strains on their shelves now that high-quality CBG seeds are available. This article will highlight some of the most excellent ones currently available.

CBG is the first cannabinoid to be generated in cannabis. As a result, it is known as the “cannabis stem cell” since it is required for the formation of THC and CBD, or cannabidiol, which are the most common cannabinoids found in cannabis. CBG’s acidic form transforms into THC, CBD, and other secondary cannabinoids after maturity through a metabolic process. As a consequence, CBG becomes much less common.

CBG is a type of cannabinoid that has been studied for its medical value, with several research suggesting it can help to relieve pain and nausea while also having significant anti-tumor activity.

CBG has anti-inflammatory effects that have been researched; it can reduce glaucoma-induced intraocular pressure, and it may help with other diseases including Crohn’s disease.

Despite its medical usefulness, there is a substantial barrier preventing CBG’s proliferation: it is quite expensive to produce, which has given it the nickname of the “Rolls Royce of cannabinoids.”

CBG is not as popular as CBD, yet it is rapidly becoming increasingly powerful, owing to cannabis users’ increasing use of CBG (it’s one of the most sought-after cannabinoids in extracts). CBG’s price is 5 times greater than CBD’s, and in some situations even more. In addition, thousands of kilos of plant material are needed to isolate tiny quantities of isolated CBG from cannabis plants that only include little amounts; therefore, if the CBG concentration of a crop is only 1%, it will take 20 times as much biomass to get the same concentration.

CBG extraction methods are still in their infancy, and require sophisticated equipment. As a result, the plant’s genetics play the most significant role in lowering CBG costs: developing plants with a high-CBGT genetic yield, where CBG is the major cannabinoid, would be able to use more traditional and less expensive purification techniques.

When extracting cannabis, the CBG content is taken into account. Because less vegetable matter will be required for its production, if we have cannabis strains with a greater CBG content, the extraction cost will be lower.

Made in Spain CBG

Hemp Trading has been one of the first to develop a CBG-rich cannabis strain without psychoactive components, working with the Polytechnic University of Valencia (Spanish acronym UPV) in Spain. They were also able to eliminate THC while increasing the CBG concentration to levels of over 15% and up to 18% (the normal CBG level is usually between 0.1 and 0.5%).

Because CBG is extracted in isolation, the purification process is less complicated than CBD extraction. This makes it perfect for people looking to consume legal medical cannabis as well as industrial purposes.

Panakeia is a new THC-free, high-CBG genetic created by Hemp Trading that is awaiting registration. Tesoro Genetics and Front Range Biosciences are both businesses specializing in CBD-rich strains.

Made in the USA CBG

As a result, Panakeia’s THC-free cannabis seeds have managed to shatter the ‘hot hemp’ legal barrier, which dictates that any plants with THC concentrations of more than 0.3% are unlawful at the federal level and must be destroyed.

The fact that these strains never fail THC testing and don’t need to be decarbed makes them ideal for hemp farmers.

Other cannabis firms that are also leaders in the production of CBG-rich strains include Oregon CBD. This firm has announced that they will finally release their first CBG-rich variety in 2020 after three years of trials, which proved that they could create flowers with over 20% CBG content while keeping THC levels below 0.3%.

The first two strains are referred to as Stem Cell and White CBG. Oregon CBD has applied cutting-edge technology that was also utilized to create Panakeia in order to analyze and map the cannabis genome, which will be used to enhance the genetic through breeding and selection processes.

Hemptown USA is a firm that is currently manufacturing a cannabis plant with more than 10% CBG content in full maturity. Hemptown USA says it has yielded around 40% of the overall CBG in the United States within the previous year thanks to its 200 hectares of CBG-dominant hemp in Jackson County. Since 2017, EcoGen Laboratories has been developing CBG crops and recently received an analysis certificate confirming that their CBG-rich strains have up to 22 percent CBG concentration.

The cannabis industry appears to be particularly enthusiastic about CBG at the moment, but we’ll have to wait and see if it becomes as popular among users.

CBG is not yet on the public’s radar. The last links in the chain are knowledge and demand, which we will discuss further below. Users are unaware of CBG’s features unless they know about it; and without CBG-aware consumers, establishing a market presence for CBG is difficult.

While we know Mr. Hemp Flower has previously been mentioned on our list, it is one of the few hemp firms on the market today that offers more than one CBG strain. If you ask us, it’s refreshingly uncommon. Their name implies it, Mr. Hemp Flower knows their hemp, and their CBG flower clearly differs from the others in terms of CBG content.

As a result, the White Widow high CBG hemp flower strain contains a staggering 16.7 percent CBGa and significant amounts of terpenes that aid in the activation of CBD’s therapeutic effects. For good reason, Mr. Hemp Flower’s White Widow is one of the top selling CBG strains among its customers. With a strong, crisp aroma and an earthy taste, White Widow offers users a sense of calmness right away. Unlike other hemp flowers that can make people dizzy or give them headaches, Mr Time’s White Widow provides consumers with a relaxing experience free of psychotropic side effects or worries about being late. White Widow CBG hemp flower is a highly balanced strain that’s ideal for those who want to take it easy and relax. It’s one of our favorite CBG hemp flowers on the market today.

White CBG (By Half Day CBD)

Stem Cell CBG is the first commercial-scale CBG hemp strain. Despite being one of the original strains, it is still, by far, one of the finest CBD hemp strains available. Despite its lack of distinct aroma, this resinous variety is highly effective, with almost 99 percent CBG concentration alone.

Black Tie, based in Oregon, is dedicated to producing 100 percent organic hemp that has been thoroughly analyzed. They’ve committed their time and effort into developing high-quality hemp flower with a variety of advantages for everyone. In other words, for Black Tie, the hemp industry is a “love affair.” All may view a Certificate of Analysis on the website.

This unnamed CBG flower has an earthy, hazy undertone and a unique nutty scent due to high amounts of the uncommon terpene guaiol, which has a piney fragrance with sweet and floral bisabolol and peppery caryophyllene. White, diamond-shaped buds contain over 15% CBG and have been compared to those found in green tea. 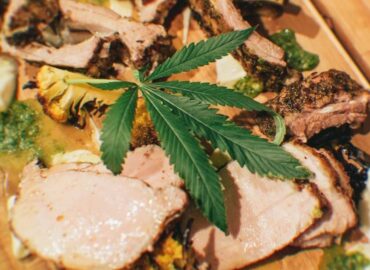 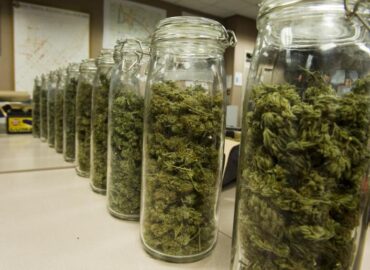 The Same Day Weed Delivery in Milton Near Me