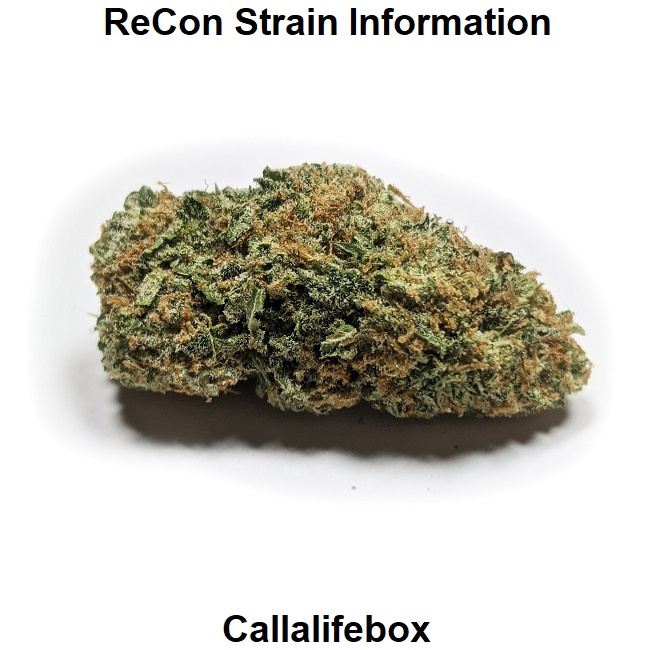 ReCon is an indica-dominant cannabis strain that produces light green buds with slight purple hues and red/brown pistils. Its scent and taste are reminiscent of melons, citrus, and fresh soil and undertones of diesel.

Recon gets its genetics from combining the indica LA Confidential with the hybrid Cannadential – thus its militarized name.

THC levels can average at around 23%. Its high will begin with cerebral effects that bring about euphoria and calms racing thoughts. This feeling slowly ebbs into a physical high, relaxing the body and relieving the consumer of aches and pains. Happiness increases, the munchies will induce, and creativity may spark. Some reviewers note this strain’s capability to help with both insomnia and nausea. It’s even been said to have a stronger high than its parent, LA Confidential.

Recon (or ReCon) is a robust indica-leaning hybrid that provides an effective way to kick back and unwind. ReCon’s name refers in part to its genetics — it is descended from powerhouse hybrid LA Confidential. Cannadential is its other parent strain, imparting some aromatic funk. Recon is the brainchild of DNA Genetics, the creator of strains like Holy Grail and Chocolope. Sure to impress cannabis newbies and veterans alike, Recon’s sedative effects are said to last longer than average. This bud’s psychoactivity has been quantified at between 13% and 23% THC.

Recon’s flowers tend toward the smaller side and cling together in dense, popcorn-like formations. The buds are rounded and have the densely-packed structure most often association with indicas. The mossy green leaves curl tightly inward toward their central stems and are threaded through with dark, rust-colored hairs (which are actually pistils, structure meant to catch pollen from fertilizing male plants). Finally, blanket of icy white trichomes cover the inner and outer surfaces of these dense flowers, making them very sticky and difficult to break apart without a quality grinder.

On initial inspection, Recon’s flowers hit the nose with the sharp scent of pepper and cloves. Examining the buds more closely reveals an underlying sweetness that verges on a dank, almost fermented musk. Meanwhile, grinding up or breaking open these tight buds yields subtle herbal notes. When Recon is combusted in a pipe or a joint, it gives off a harsh, acrid smoke that can irritate the smoker’s eyes or sinuses. This thick, rich smoke tastes sweet and hashy on the exhale.

Recon has a high that hits quickly for an indica. Almost immediately, a calm, melting sensation spreads down from the neck and outward through the core and limbs. Depending on the user’s set and setting as well as their individual tolerance, this numbing sensation may progress toward pseudo paralysis. Many consumers also report a trippy feeling of sensory distortion — this phenomenon can manifest as anything from an impaired visual depth perception to an intensification of sights and sounds to misleading sense of time dilation. If you’re so inclined, revel in these psychedelic effects by kicking back alone with some atmospheric music or an intense, engaging movie. This one-sided strain comes with little to no mental stimulation (unless you count the foggy, disoriented feeling that comes with the force of Recon’s physical high). As such, smokers shouldn’t plan on accomplishing a mountain of work while under Recon’s spell. Instead, enjoy this bud as a way to enhance small, laid-back gatherings or to spark a little intimacy and romance. As the high progresses or as dosage  is increased, smokers can count on intractable couchlock — and even sleep. Because of its purely relaxing and immobilizing character, Recon is one strain best enjoyed at night or just before bed.

Recon may several applications for medical cannabis patients as well. Its thorough physical relaxation can be a great analgesic for aches and pains, whether they’re temporary, as in the case of injury, or chronic, as due to conditions like fibromyalgia or arthritis. The strain’s anti-inflammatory effects can also relieve everyday irritations like headaches and nausea. Psychologically speaking, Recon’s smooth, uplifting high may temporarily take the edge off of the troubling symptoms of stress, depression, and anxiety. As noted, in high enough doses, this strain can even induce a deep and restful sleep. Because it is unlikely to bring about any overly intense patterns of thinking, Recon may be a good option for those who are prone to anxiety or who have a low tolerance for THC.

Fortunately for home growers, DNA Genetics has made seeds of Recon available for sale online. The strain can be grown indoors or out, although successful outdoor cultivation requires a humid climate with consistent daytime temperatures between 70 and 80 degrees Fahrenheit. Recon’s plants have a characteristically short and bushy indica silhouette, and growers should regularly trim away any broad fan-leaves that might block light and air from reaching any low-growing flowering nodes. Recon flowers within 8 to 9 weeks when grown indoors and is ready for harvest in late September to early October when grown outdoors.

ReCon is a slightly indica dominant hybrid strain (60% indica/40% sativa) that’s a cross between the infamous LA Confidential and Cannadential Citrus strains. This highly potent bud offers the user an impressive THC level of 23% and an immediate cerebral high that makes the patient euphoric and offers mind relief. This indica high is followed by a creeping sativa high that offers full-body relaxation and relief and a calm sense of focus. ReCon is ideal for treating patients with anxiety, muscle spasms or cramps, mood swings, and inflammation. This strain has a citrus taste with touches of woodiness that sweetens upon exhaling, and a citrusy diesel aroma. Because of the high potency and intensity of the effects, ReCon is not recommended for novice users or seasoned users who have low medication tolerance. With a light green base covered in brown hairs and blanketed in crystals, the delicious-looking ReCon is just as nice to look at, as it is to smoke!

Looks: Bright-green color, triangular and banana-shaped buds and L.A. Confidential genetics remind me of bags from California, but the strain’s European heritage says otherwise. Either way, it’s a West Coast classic, reminiscent of Kush strains that glowed with mystery on the black market twenty years ago.

Smell: Expect zesty notes of black pepper and wet wood up front, followed by floral hints and slight whiffs of pine finished off with strong, acidic hints of lemon. Although layered, Recon’s smell is far from complex, reminding users of old classics like Colombian Gold or Panama Red.

Flavor: My experiences with Recon tend to showcase the strain’s spicy, woody and citrus notes, much like sessions with L.A. Confidential. However, there are cuts that carry sweeter flavors of melon and vanilla.

Effects: Recon’s high tends to stay trapped between the ears, providing little relief for the body but a soothing escape for the mind. Although such a head high might seem like a daytime-worthy experience, the effects are calming, euphoric and inevitably too relaxing for any meaningful concentration. Keep it around for headaches, mental fatigue and stress, but don’t expect to calculate the tip after dinner.

Home grower’s take: “You can still get seeds of this pretty easily if you know where to look online. Good strain for anyone who likes Afghani or L.A. Confidential but can’t find either. I personally wish you tasted the Cannalope Haze more in it, but that could just be my grow.”

Commercial grower’s take: “Effects would have you think sativa, but the genetics are definitely indica. Just goes to show you how wrong all of that indica/sativa shit is. Recon might be close to getting passed over by Recon OG, at least in Colorado. People really like pushing the OGs, as always, but I think Recon is better in the grow. Shorter flowering time, and the yield is just as good, if not better.” 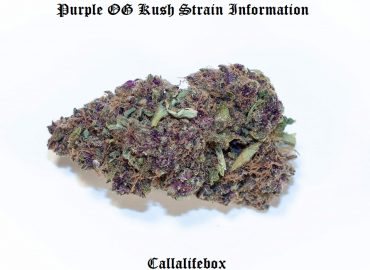 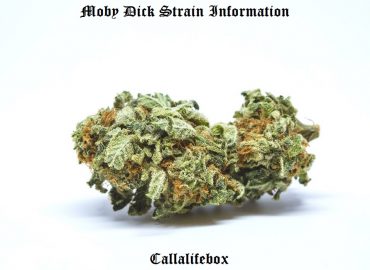 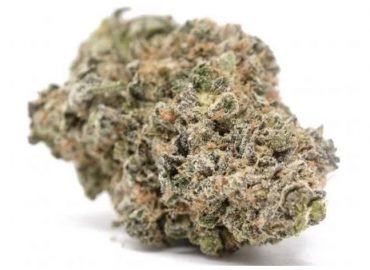