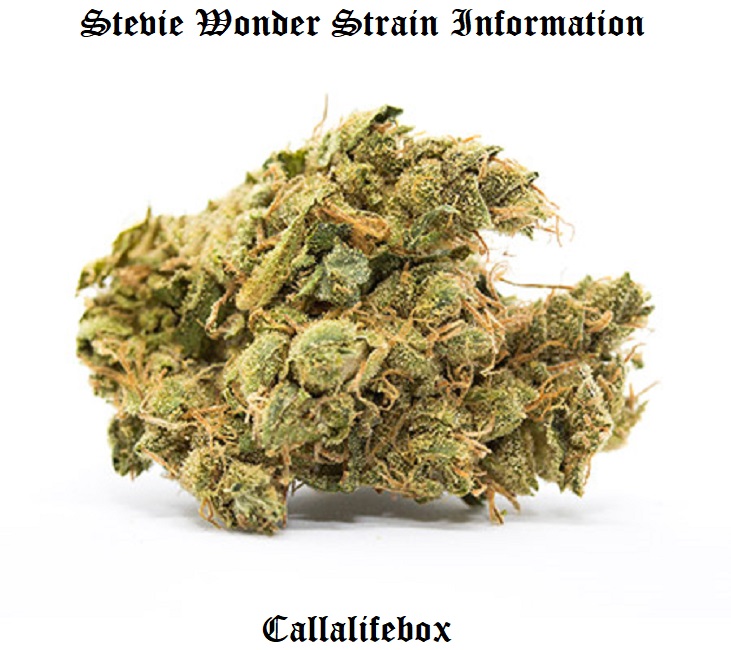 Stevie Wonder is a sativa-dominant hybrid born from the famed foursome of Trainwreck, Sensi Star, Bubba Kush, and Blueberry. These large, frosted buds are a patchwork of sage and dark greens, scented with sweet berry and earthy notes. Stevie Wonder offers a subtle relaxation throughout the body, but even stronger are its uplifted, cerebral-focused effects. Patients have reported this strain’s success in treating migraines, nausea, and pain. Stevie Wonder is available through Bodhi seeds or as a clone in the Colorado area.Its amazingly sweet-smelling tropical fruit bouquet and a relaxing Sativa experience make this a special plant.

Stevie Wonder is a sativa-leaning hybrid with an impressive genetic lineage. The brainchild of prolific growers Bodhi Seeds, this bud has Trainwreck, Sensi Star, Bubba Kush, and Blueberry in its background. Besides a thoroughly well-balanced high, Stevie Wonder comes with a musky, complex flavor profile that is somewhat similar to that of perennial favorite Jack Herer. Stevie Wonder’s THC content has been measured at between 16% and 24%.

Despite their excellent aroma and psychoactive properties, Stevie Wonder’s flowers are visually underwhelming. The buds are on the small side and adhere in a tapered, spade-like formation. These flowers have relatively fluffy leaves that tend to twist outward from their central stems. The leaves are a dark shade of forest green and are twisted through with curly orange and brown pistils. Translucent white trichomes cover these nuggets, making them very difficult to break up without the help of a quality grinder.

Stevie Wonder tends to take action right away, hitting smokers with a head rush and a subtle buzz just as they may be marveling at its thick, tasty smoke. Besides odd physical phenomena like an increased blood pressure around the eyes and temples, users may be endowed with a newfound confidence and motivation. This boost may take the form of cerebral focus, in which certain ideas or concepts may take on a new intensity and resonance. Stevie Wonder may also provoke a chain reaction of freely-associative thoughts, making it a good catalyst for open-ended brainstorming. As time passes, Stevie Wonder’s more relaxing vibes tend to kick in. Consumers may feel their limbs and eyelids weighed down as their extremities begin to tingle. Previously active users may want to seek out comfortable surroundings where they can take a load off. While still allowing for mental engagement, Stevie Wonder may strip its smokers of some prior motivation, making it a great way to keep energy high in social situations. This bud’s backend can also be a fun way to enhance your media intake, whether you’re listening to a spacey, atmospheric playlist or watching a trippy movie. As dosage is increased, already-susceptible users may be incapacitated by couchlock and content to let the outside world recede into the background. Because of its slow taper down in energy, Stevie Wonder is recommended for late afternoon to evening use.

Stevie Wonder’s versatile effects give it a whole range of uses for medical cannabis patients. Its early sense of concentration can help those with attention deficit disorders to focus on single tasks. The strain’s generally uplift in mood can also temporarily take the edge off of mild to moderate cases of stress and depression. Physiologically speaking, Stevie Wonder may relieve temporary, injury-related pain as well as chronic aches due to serious diseases. Anti-inflammatory properties can also take care of everyday irritations like headaches. Because it comes with a heady dose of cerebral introspection, Stevie Wonder is not recommended for patients who are prone to panic or paranoia or who have a low THC tolerance.

Pending stock levels, seeds of Stevie Wonder are available for sale online. Once obtained, the bud can be grown indoors or out, although outdoor cultivation requires a semi-humid climate with temperatures between 70 and 80 degrees Fahrenheit. Plants are typically of a medium height and may require gardeners to occasionally trim away their broad fan leaves in order to encourage the flowering of any low-growing nodes. Stevie Wonder flowers within 9 to 10 weeks when grown indoors.

Although Stevie Wonder himself has professed a distaste for cannabis — the music legend claims to have hated it after trying it once at age 21 — we think this well-balanced strain is definitely worth a try. Now if only we could get a nice indica-dominant hybrid named after rock and roll queen Stevie Nicks!

Sweet and sour tropical fruit, flowery at times, with a hint of sharpness when ground up.

The sweetness from the Blueberry comes through in the taste, and it mimics the smell to a great extent.

Extremely uplifting, the Stevie is a strain that will have a smile creeping across your face almost immediately.  It’s a very clear-headed strain whose Sativa-dominance is apparent throughout the experience.  Along with the mental uplift is a quality body relaxation and pain relief component.

Stevie Wonder is a heavily sativa dominant hybrid (90% sativa/10% indica) strain created by breeders at the infamous Bodhi Seeds farms as a potent cross between the insanely popular Sensi Star X Trainwreck X Blueberry X Bubba Kush strains. This dank bud boasts a wide average THC level ranging from 19-24%. Users describe the Stevie Wonder high as an immediate onset of a cerebral head high felt in the eyes and temples, leaving your eyes droopy, red, and very dry. This cerebral head high is very sharp yet somehow relaxing with your energy levels slowly ebbing in and out. Due to these potent effects, Stevie Wonder is an ideal strain for treating patients suffering from conditions such as chronic pain due to injury or illness, stress, muscle spasms, and nerve damage. Stevie Wonder has a delicious aroma of earthy orange pine with a hint of diesel and a taste of orange pine with an earthy diesel exhale. Stevie Wonder buds have oversized dense frosty nugs athat are sage green with patches of dark olive green. These nugs are covered with a spattering of light colored rich amber hairs and a caked-on layer of crystal white trichomes and resin.

Bodhi Seeds claims Stevie Wonder is a balanced hybrid with a unique appearance that sets it apart from other cultivars. Stevie Wonder thrives in indoor and outdoor gardens, reaching full maturity in 77 days or mid-October when raised outdoors. In optimal conditions, this cultivar produces lower-than-average yields. Stevie Wonder is commercially available as seeds.

With that said, people claim that Stevie Wonder seeds can still be purchased somehow from Bodhi Seeds directly, but how exactly you can achieve this is a task you will have to face yourself — as long as you stay calm and not too “Superstitious” (see what we did there?). Anyway if we look at the relative cannabis strain of Stevie Wonder cannabis, here is what we understand about its growing process:

Medical marijuana patients, those who can actually get their hands on Stevie Wonder because of its rarity, really seem to enjoy this medicinal strain and its profound abilities to heal without exhausting. People have been using it primarily to manage depression, stress, nausea, lack of appetite, migraines, chronic pain, muscle tension and fatigue, but it can be used for a number of other reasons also.

Those who are looking towards Stevie Wonder for help with a mood disorder, should start by consuming small, comfortable and familiar amounts, because individuals with mood disorders tend to be at higher risk of developing negative side effects such as paranoia and anxiety from THC heavy strains, regardless of the cannabis strain name.

Stick to what you know and build from there if you want to ensure a pleasant experience. Those hoping to manage physical conditions or ailments, should consider consuming an average to large dose of this cannabis strain, in order for its full effects to be experienced.

Edibles, concentrates and extracts, are all incredible ways to get high concentrations of THC into your system, with less efforts needed to be taken.

The primary reported negative side effects from Stevie Wonder, is dry mouth a.k.a. cottonmouth, and consumers have been saying that this cannabis especially turns mouths into deserts.

Don’t fret, by staying hydrated before, during and after the consumption of the Stevie Wonder strain, you’ll be able to avoid any extreme cottonmouth, and essentially bring rain back to the dry, dry desert once again.

Some people report experiencing dry, itchy eyes, but this adverse effect is not so prevalent and can be managed with soothing eye drops from a local drug store.

If you need help managing depression, stress, anxiety, chronic pain, muscle tension, lack of appetite, nausea, migraines or fatigue, whether because of an injury, illness or separate matter, the hefty Stevie Wonder marijuana strain might be the right choice for you.

We hope that you not only found this Stevie Wonder review to be entertaining, but also educational and informative. It is vital to remember that the consumption of cannabis is the sole responsibility of the user and discretion should always be taken. 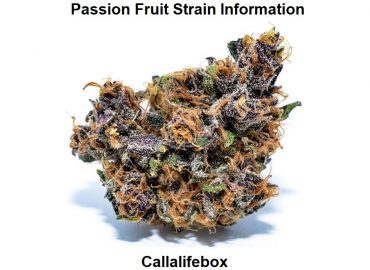 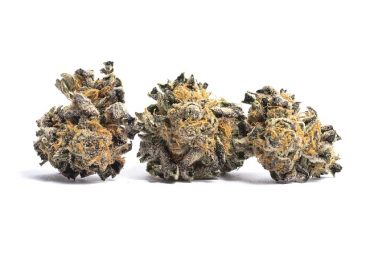 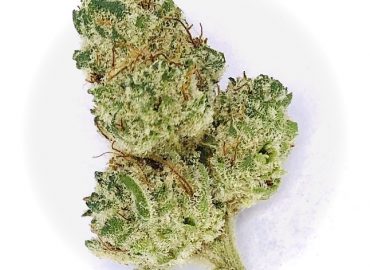